What a difference three years make... 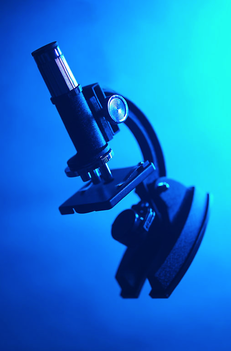 We lost Rebecca to melanoma three years ago this month. We have written about her life and she herself has told the story of much of her experience with this disease in a video interview she did for MIT in 2010, but we have not yet written the story of her last months. While it is a story filled with sadness and loss it is also a story of hope. There were few treatment options available when Rebecca was first diagnosed with melanoma in 2005. Through clinical trials, she found treatments that kept her alive for almost seven years after her initial diagnosis. However, when evidence arose in July 2011 that her disease had spread she was back to having very few options. Today, the picture is very different. Thanks to advances in research over the past three years, those battling melanoma today not only have many more treatment possibilities at the time of their initial diagnosis but also have more and better options if, as happened to Rebecca in 2011, an existing treatment begins to lose effectiveness.

The story three years ago:
A therapist with whom Rebecca worked once referred to melanoma as an unpredictable  child that pops up in random places in the body at random times. With luck, it evades major organs. In those cases it can be treated and your life can move on. The danger arises when it decides to invade a vital organ such as your lungs, liver, or brain. Rebecca had a number of recurrences of her disease in the seven years she lived with it. For the first six years, all the recurrences were just under the surface of her skin in “non-vital” areas. In July of 2011, however, her luck ran out.

Rebecca was a participant in a clinical trial for the targeted therapy Zelboraf (vemurafenib) at the time and was having PET scans every three months as part of the trial protocol. The clinical trial had been a blessing: Rebecca literally began seeing tumors melting away within days of having begun treatment almost two years earlier.  Each PET scan since then had shown her tumors continuing to shrink. When she went for her PET scan that July, however, a brain scan was added to her tests. A few days later results came back—the scan had revealed three small tumors. Two of them were in relatively harmless places but the third rested against her brain stem.

Throughout her struggle with her disease, Rebecca took refuge in action and in the assurance that there would be a Plan B if current treatments ceased to be effective. After dealing with the initial emotional upheaval when bad news came, her question was always, “What is the plan? How are we going to deal with this?”  It was no different this time. We met with doctors, who initially believed they might be able to remove the lesions with a cyberknife procedure. The bad news, however, was that, since she was now showing signs of disease progression, she would be removed from the Zelboraf trial. Rebecca looked to this drug as her lifeline. The thought of giving it up terrified her, even though doctors explained that it was ineffective at passing through the blood/brain barrier and was unlikely to be helpful in dealing with these new lesions.

Reluctantly, Rebecca relinquished her last Zelboraf pills, and the aftermath was dramatic and distressing. As quickly as tumors had begun to melt when she had begun taking this drug, they began to resurface when she stopped. Within a few days she was experiencing tingling in her legs and shortly after that a scan revealed that a new tumor was growing on her spinal cord in her low back. The lesion was too close to the spinal cord for safe removal surgically. She underwent several rounds of radiation in an attempt to shrink this tumor but sensation in her lower body continued to diminish and she eventually lost the ability to walk.

Seeing these developments, Rebecca’s doctors agreed that, even if it was not effective at passing through the blood/brain barrier, the Zelboraf seemed to have been playing an essential role in controlling the melanoma in the remainder of Rebecca’s body. Thus began a process of making a special appeal to get her back onto this drug, an appeal which was eventually granted. As the radiation and the renewed effects of the Zelboraf began to take effect, the tumor in Rebecca’s low back began to shrink a bit, and we were hopeful that she would eventually regain sensation in her legs. We still had the brain lesions to deal with, however. As with the tumor on her spinal cord, it had been determined that trying to remove the tumor on her brain stem via cyberknife was too risky. It was suggested, instead, that she undergo a course of whole brain radiation. Whole brain radiation can cause serious cognitive side effects and is not considered a long-term cure—it would only buy time. Rebecca resisted this path and, in time, her doctors agreed.

Still, something needed to be done. Rebecca was experiencing headaches and had one serious brain bleed that led her to the emergency room, intensive care, and a week in the hospital as she recovered. At the time, the immune therapy Yervoy (ipiluminab), which had just received FDA approval the previous March, was the only other available Plan B. Unlike Zelboraf, Yervoy can penetrate the blood-brain barrier and has been shown to be effective for a much longer time than targeted therapies such as Zelboraf in those people who respond to it. Unfortunately, only a small percentage of people do respond to Yervoy and even if they respond they usually do not do so for weeks or months—weeks or months that Rebecca did not have by the time she began her course of treatment.

By the end of August Zelboraf too had been approved by the FDA, so there were no trial protocols to dictate how these drugs could be administered. However, there was also no information as yet as to whether they could be administered together safely. After making inquiries and gathering as much information as they could, Rebecca’s doctors determined that it was worth taking the risk to have her go through a regimen of Yervoy treatment while remaining on the Zelboraf, in the hope that the Yervoy would be effective and would take effect in time while the Zelboraf helped hold things in check.

Rebecca had her first Yervoy infusion on Tuesday, November 8. Three days later, she experienced another brain bleed—this time irreversible--and on November 13 we lost her to melanoma. 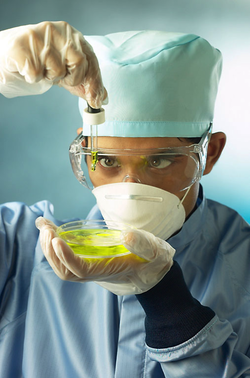 The story today:
If Rebecca had received the same results on a brain scan today, the ensuing course of action might have been very different. She may still have been treated with Yervoy. Now, however, she would have had other options as well. She may have been given Keytruda (pembrolizumab), one of a new class of drugs known as PD-1 inhibitors. Keytruda has recently received FDA approval. Like Yervoy it is an immune therapy and has long-lasting effects but unlike Yervoy it has a high response rate and a short response time. She may have entered a clinical trial that studied the effects of combining Yervoy with a PD-1 inhibitor. Given her reliance upon Zelboraf, she might also have entered one of many additional new clinical trials that are exploring the effects of combined therapies, including combinations of targeted therapies as well as combinations of targeted and immune therapies. In short, she and her doctors may have had many more Plan B’s to choose from.

Keytruda is one of four new drugs that have been approved by the FDA for the treatment of metastatic melanoma in the three years since we lost Rebecca, and many more are in the pipeline. Researchers tell us there had never been a time so promising for finding truly effective treatments, if not a cure, for melanoma. Years of laboratory research are beginning to make their way into clinical settings and translating into tangible improvements in patient outcomes. There is still much more to do, however. There are still too many people who do not respond to available therapies or who respond only partially. Despite the many advances that have come over the past few years, people are still dying of melanoma.

Cancer researchers tell us that we are at a nexus: while research is producing more promising breakthroughs in cancer treatment than ever before, federal funding for that research has been flat or decreased over the past several years. Those decreases have real effects. They limit the number of people who can be enrolled in clinical trials and discourage young researchers—who often have the most creative ideas but not enough experience to secure highly competitive grants—from pursuing this line of work. While advocating for increased government is essential, those of us who engage in private philanthropy must help fill the gap for now. The White Aisle Foundation plays a small but significant role in keeping the momentum going, and you too play a role when you contribute to our Rebecca Garrison-Sokoloff Melanoma Research Endowment fund. We truly appreciate and need your support. Let’s continue to work together as we look with hope to the many more Plan B’s the next three years will bring.