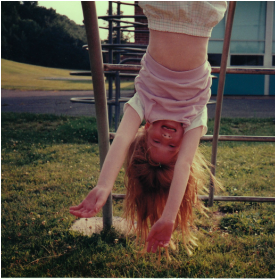 Rebecca Garrison-Sokoloff was born in Rochester, New York on September 14, 1977. She graduated from Rochester School of the Arts where she was known as a spirited and talented dancer and poet. After graduating high school she moved to Boston to study writing at Emerson College. While at Emerson she began modeling, eventually making her way to Milan and then Miami as she pursued her modeling career.

Shortly after moving to Miami, Rebecca met and fell in love with Dade Sokoloff. Rebecca and Dade were married on May 4, 2002. Her experiences planning her own wedding led Rebecca to begin her own wedding stationery company, The White Aisle, and later its sister company, The Wish Jar. In 2005, shortly after she founded the White Aisle, Rebecca was diagnosed with melanoma. For the next seven years, Rebecca poured herself into her companies, infusing them with a love of beauty, boundless creativity, and a generosity of spirit that extended from her everyday relations with her clients to her support for organizations across the globe that served people in need. All this time, she bravely struggled to overcome her disease and to live her life as fully as she could despite the challenges it imposed. 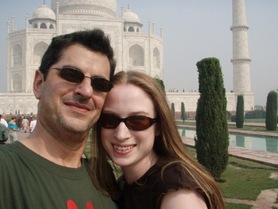 Rebecca loved to travel. She and Dade explored the world from Patagonia to Kathmandu, making friends and establishing connections along the way. She was adamant about giving back something on every trip she made. That commitment led to her raising money to build houses for Cambodian families, helping create a sewing center at Daughters of Cambodia to teach young women who have been sold into prostitution a marketable skill, forming a close relationship with the two children she sponsored through the Cambodian Children's Fund, helping Masai villagers in Africa fund a water project, and adopting orphaned African elephants and rhinos.

Rebecca loved animals. She cherished her two dogs Winter and Wonka, and cared passionately about the welfare of wildlife. She spent days on safari in India and Africa observing and photographing, and supported organizations working to stop the senseless slaughter of whales, elephants, rhinos, and other wild creatures. At home, she made her yard a sanctuary for everything from Pierre the peacock in Miami to wild turkeys in New Hampshire.

Most of all, Rebecca loved friends and family. Her home was a warm, welcoming gathering place, where she hosted intimate dinners, election night parties, holiday celebrations, and the annual Sokoloff Pig Roast. She was a loving aunt to both her biological nieces and nephews and the children of her friends. She was a caring and thoughtful daughter who Skyped or phoned sometimes several times a day just to talk. And she loved her husband of nearly 10 years as dearly as life itself.

Rebecca lost her battle with melanoma on November 13, 2011. Knowing that she wanted her work and her giving to continue, we have established the White Aisle Foundation. The foundation raises funds for melanoma research, raises awareness about melanoma and its prevention, and advocates for public policies that help prevent skin cancer. We are currently selling jewelry designed by Rebecca, and t-shirts in two designs. All profits from these sales go to research toward a cure for the disease that took Rebecca from us as well as to the organizations she supported . We also host fundraising events throughout the year in various venues throughout the country.  We welcome your participation and ideas.
Read Rebecca and Dade's travel blog: http://wherearetheynow.typepad.com
Visit Rebecca's Page on Facebook: http://www.facebook.com/pages/Rebeccas-Page/316183281742211
Hear Rebecca describe her experience with cancer: http://www.youtube.com/watch?v=-h40-jVD_rE&feature=relmfu
Read a tribute to Rebecca: http://patricia-mitchell.com/2014/11/14/5-rebecca-garrison-sokoloff/